Production applications include tooling, trays for holding parts and machine modifications. In order to drive innovation, we have built a culture where employees are encouraged to share their ideas of improvement and even to implement the design on their own. This article is about how 3D-printing has impacted everyday operations in Kitron.

Currently, the main printer used in Kitron operations is the Prusa Mk3. This model has some clever features like automatic calibration and crash-detection.

Automatic calibration means that the printer needs only a very simple preparation to start a new print. For example, other similar printers can be very time-consuming.

Crash-detection, on the other hand, means that the printer automatically stops if it meets an unexpected obstacle. It will then store its last known position, waiting for an operator to clear the path and restart the printing process. Without this feature, it would be necessary to restart the print all over again, losing several hours of work. Basically, both of these features create much higher performance in 3D printing. In addition to the main printers, we have a Creality CR-10 Max and a CreatBot F430 for printing larger objects than the Prusa allows. 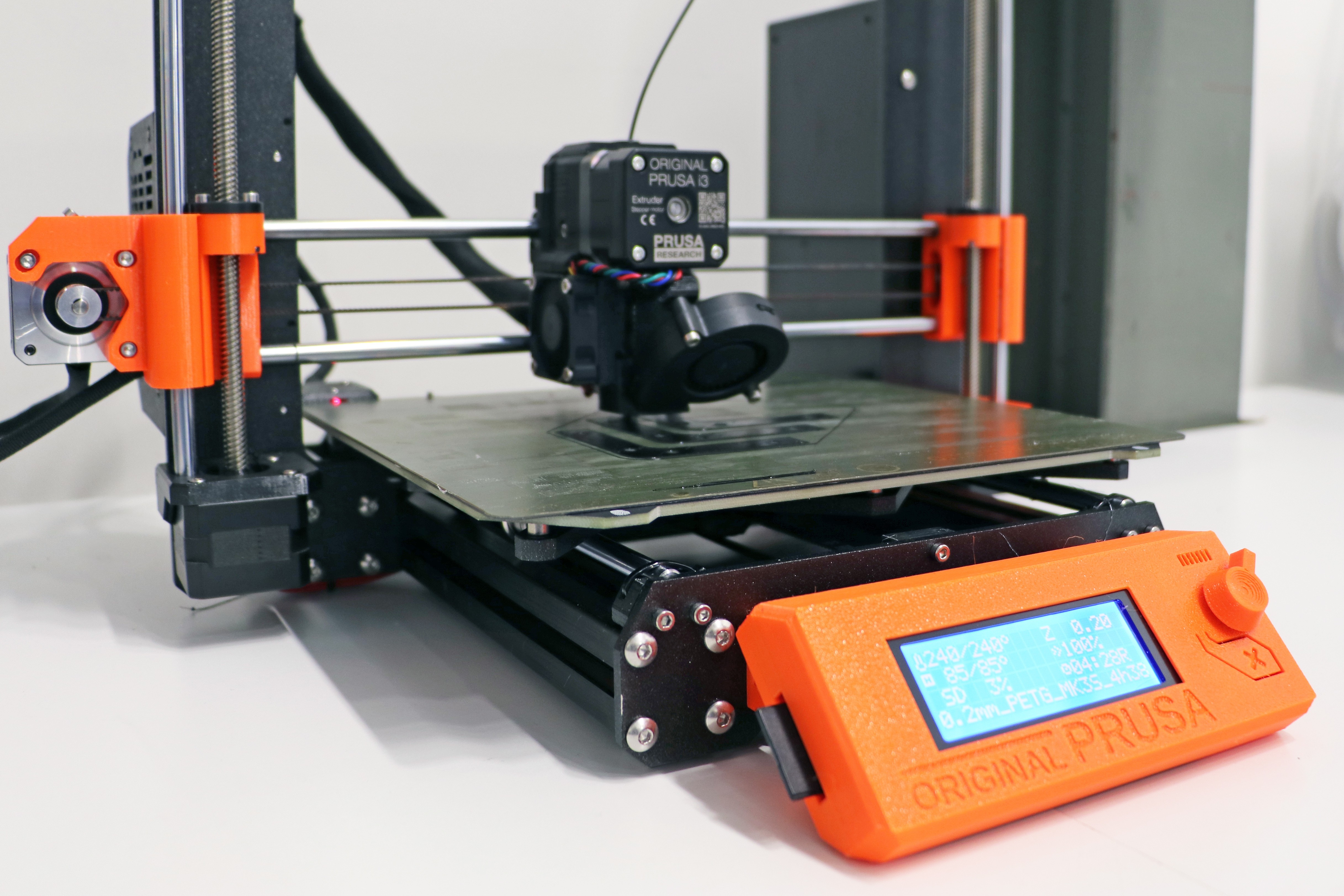 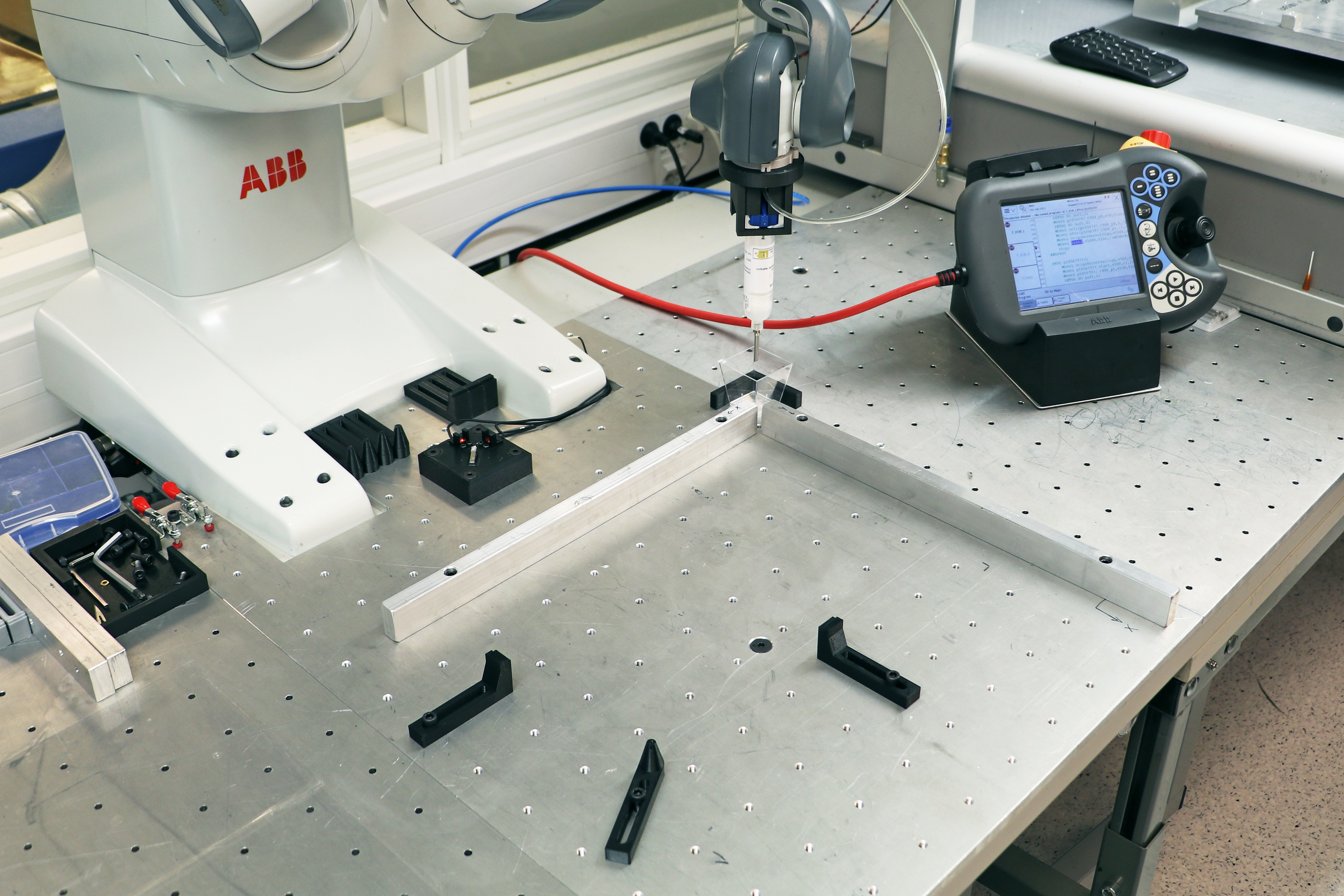 Since many processes in electronics-manufacturing typically are not very demanding in terms of stresses, and, in many cases, temperature, it is possible to 3D-print production equipment. After we found out a connection, that complied with our ESD requirements, new ideas started flowing in.

One of the most affected processes is an assembly of through-hole components. Since Kitron has many different products, requiring a lot of different components, we started printing trays, specially designed for specific components. Those components are based on a common template so that they can perfectly fit in our placement machines, which will pick components out of the tray and place them on PCBs.

If 3D printers were not used in this case, we would either have to machine the trays or order it from the machine-manufacturer. Both options are a lot more expensive and time-consuming. By doing it ourselves, we just measure the component, create a CAD-model and print the tray. If something breaks, we are able to print a new one. This minimizes the downtime of the machine and helps us meet the highest demands of our customers.

Other applications of 3D-printing have been to make custom tool-holders for our ABB YuMi robotic arms. These robots are very versatile and since we can create new tools for it, we can adapt them to new projects. In the past, we have had robots doing a component placement, gluing and labeling. All is possible because of the customized tools, specially designed for the robot.

Kitron believes that creating an innovative environment for its employees is a key factor for success. Therefore, having a volume of printers in different locations available for anyone is important to create this environment. None of the things we have done over the past few years regarding 3D-printing would have been possible without engaged employees.

In the beginning, there was only a small group of engineers and technicians, who discussed some ideas and created a few smart solutions. Later, other departments of Kitron started recognizing these ideas and came up with their own solutions.

Firstly, everyone had the chance to have their ideas modeled and printed. After a while, they learned how to model themselves. It has been such a successful idea, that later on, 11 new 3D printers were bought to Kitron. It is not the end of the purchase if the need arises.

Kitron hosted an internal CAD-course to improve the employee's ability to bring their ideas into use. This course was held by members of Kitron’s engineering team and was available to everyone, who has already taken interest in 3D printing.

From the initiative of a few engineers, who used the first 3D-printer at Kitron, to the now much larger group of skilled and motivated employees. Many things have changed in how we think about solving problems. At this point, a lot of creative solutions have been implemented, and we hope there will be many more. Here at Kitron, we will keep pushing to further adoption of this exciting technology, and we hope that you found this glimpse into our progress interesting.

Back to all articles