Select the subject you are interested in or simply scroll down

Kitron is a leading Scandinavian Electronics Manufacturing Services (EMS) company, delivering improved flexibility, cost efficiency, and innovation power through the value chain.
The company has operations in Norway, Sweden, Denmark, Lithuania, Germany, Poland, the Czech Republic, China and the United States.
Kitron was established in the early 1960s in Arendal, Norway. Kitron’s head office is now in Asker, Norway.
The company’s core areas of expertise are in the sectors of Connectivity, Electrification, Industry, Medical devices and Defence/Aerospace.
In addition, Kitron is currently developing expertise in Automotive Electronics with a special focus on Autonomous Technologies.

Kitron’s vision is to provide solutions that deliver success for its customers.
Kitron shall contribute to developing customers` businesses to become leading companies within their respective markets.
Your ambition. Our passion.

Tuomo Lähdesmäki was born in 1957 and is a Finnish citizen. He holds a Master of Science in Engineering from Helsinki University of Technology, a Master of Business Administration from INSEAD and has completed the Stanford Executive Program. He is a founding partner of Boardman Oy, “The leading network developing active ownership and board work competences” in Finland, and he has previously, inter alia, been President and CEO of Elcoteq Network Oyj and Leiras Oy, General Manager at Swatch Group and Vice President at Nokia Mobile Phones. Mr Lähdesmäki is Chairman of the board for the following: Enedo Oyj, Sievi Capital Oyj and Turku University Foundation sr. He is also Vice Chairman of the board of Fondia Oyj and Meconet Oy. Mr Lähdesmäki was elected to the Kitron Board as Chairman in 2014 and is also Chairman of Kitron’s remuneration committee. On 22nd May 2020, Mr Lähdesmäki owned 215 864 shares in Kitron. 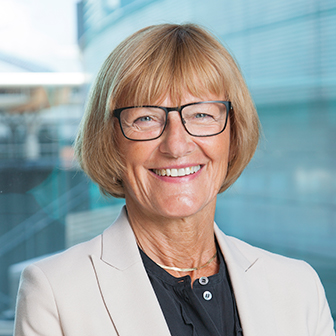 Deputy chairman of the Board

Gro Brækken was born in 1952 and is a Norwegian citizen. She holds an MSc in Chemical Engineering from the Norwegian University of Science and Technology in Trondheim. Ms Brækken has a long and broad experience from top management of international companies and organizations with CEO, line, and staff-management experience within oil and gas, refinery, shipbuilding, banking and the Confederation of Norwegian Enterprise. She was until recently CEO of the Industry organization Norsk olje & gass (the Norwegian Oil and Gas Association) and is at present Secretary-General for the Norwegian Institute of Directors. This background has given her in-depth industrial and political competence and a broad network within politics, business and society in general. Gro Brækken also has solid board experience as a member and chair of the boards of directors of national and international companies and organizations within energy, industry, project management, health and NGOs. Ms Brækken was elected to the Kitron board in 2015 and has since October 2015 been a member of the remuneration committee. On 22nd May 2020, Ms Brækken owned 43 147 shares in Kitron. 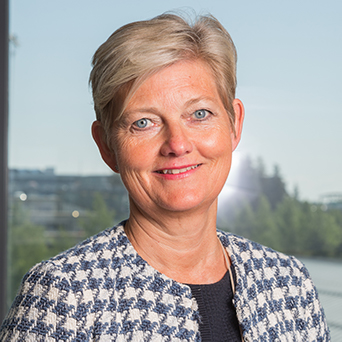 Maalfrid Brath was born in 1965 and is a Norwegian citizen. She holds an MSc degree from BI Norwegian Business School in economics and business administration and an MSc degree from NHH Norwegian School of Economics in professional accountancy. Ms Brath has since 2009 been Managing Director of Manpower Group Norway and since 2019 she has also been Regional Managing Director of Nordic &Baltics. From 1995 to 2009, she held various executive management positions at Storebrand ASA, including EVP Business Development, EVP Retail, COO of Storebrand Livsforsikring and CEO of Storebrand Fondsforsikring. Prior to 1995, she was Manager at Arthur Andersen. She sits on a number of boards including The Confederation of Norwegian Enterprise. Ms Brath was elected to the Kitron board in 2018. On 22nd May 2020, Ms Brath owned 19 147 shares in Kitron. 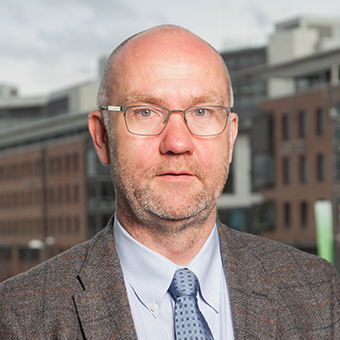 Espen Gundersen was born in 1964 and is a Norwegian citizen. He holds an MBA from the Norwegian School of Management, Oslo. He is also a Certified Public Accountant from the Norwegian School of Economics and Business Administration in Bergen. Mr Gundersen is currently Deputy CEO and CFO of Tomra Systems ASA. He joined Tomra in 1999 and has held several positions within the Tomra Group. Prior to joining Tomra, he served as VP Business Development of Selmer ASA for five years. He started his career with Arthur Andersen in 1989. Mr Gundersen was elected to the Kitron Board in 2017 and is a board member in Hexagon Purus ASA. On 22nd May 2020, Mr Gundersen owned 49 147 shares in Kitron. 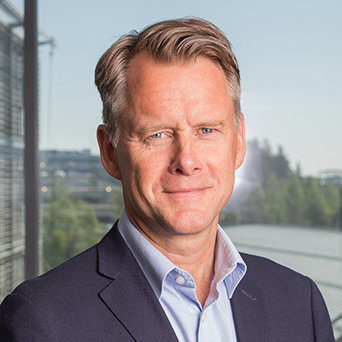 Christian Jebsen was born in 1967 and is a Danish citizen. He holds a B.S. degree in economics and a B.A. from Copenhagen Business School. Mr Jebsen is a partner at Verdane Capital. Prior to Verdane, Jebsen has had a number of executive management positions including CEO of Kebony AS, CEO of Vmetro ASA, CFO/COO of Opera Software ASA and CEO of Stavdal ASA. Jebsen’s professional background also includes seven years in investment banking with Nomura International in London and Enskilda Securities (SEB) in Stockholm and Oslo. Mr Jebsen was elected to the Kitron board in 2018. On 22nd May 2020, Mr Jebsen owned 19 147 shares in Kitron.

Petra was born in 1968 and is a Swedish citizen. She holds a Master of Science in Vehicle engineering, System technologies from the Swedish Royal Institute of Technology (KTH) in Stockholm. Ms Grandinson is currently a Vice President Supply Chain at Epiroc Rockdrills AB and has a combination of operations and commercial experience, having worked with advanced electrical hand tools, larger capital equipment and technology infrastructure products and solutions. This includes first-hand knowledge as a customer of Electronic Manufacturing Services. She also brings international experience, having lived in China for five years and currently living in the UK for three years. She has had significant exposure to R&D organisations. Ms Grandinson was elected to the Kitron board in 2020. On 22nd May 2020, Ms Grandinson owned 9 081 shares in Kitron. 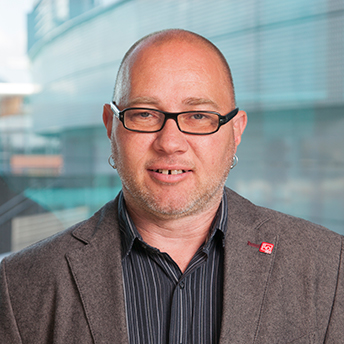 Bjørn Gottschlich was born in 1966 and is a German citizen. He was employed as an unskilled production worker in 1996. In 2000 he was elected as a full-time shop steward for Fellesforbundet (The Norwegian United Federation of Trade Unions) at Kitron AS in Arendal. He is now half redeemed from his position at Kitron to perform various duties in his trade union. Bjørn is chair of Fellesforbundet’s local union branch in Arendal. He is also elected representative on Fellesforbundet’s National Delegates’ Meeting and a member of LO’s General Council. Mr Gottschlich has been on the Kitron board since 2012. On 22nd May 2020, Mr Gottschlich owned 19 347 shares in Kitron. 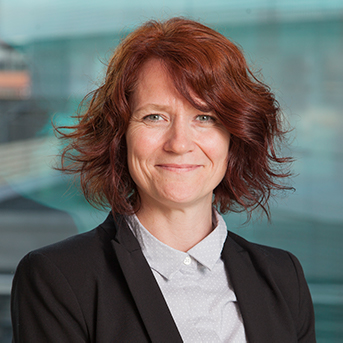 Tanja Rørheim was born in 1972 and is a Norwegian citizen. She holds a certificate in electronics and is working as a production worker at Kitron AS in Arendal since 1993. Ms Rørheim has been on the Kitron board since August 2015. On 22nd May 2020, Ms Rørheim owned 19 147 shares in Kitron.

Jarle Larsen was born in 1973 and is a Norwegian citizen. He has a background as an Electronics Engineer and joined Kitron AS in 2007. Mr Larsen works as a Senior Lean Engineer. In 2010 he was elected as leader for Nito at Kitron AS (The Norwegian Society of Engineers and Technologists). He still holds this position. Mr Larsen was elected to the Kitron board in 2019. On 22nd May 2020, Mr Larsen owned 12 491 shares in Kitron.

Born in 1964. CEO of Kitron since November 2014. Several senior and executive leadership positions for Swedish and US companies. Mr Nilsson holds a degree in Industrial Management and is a Swedish citizen. Peter Nilsson owns 2 079 182 shares and has 760 000 Stock options in Kitron. 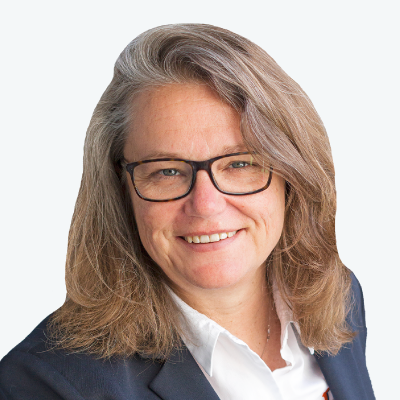 Born in 1967. Joined Kitron in 2013. Extensive experience as CFO in various industries such as manufacturing, IT, food industry, and financial services. Ms Nylander holds a bachelor’s degree in social science from Lund University in Sweden and is a Swedish citizen. Cathrin Nylander owns 868 752 shares and has 270 000 Stock options in Kitron.

Born in 1977. Joined Kitron in 2021. Mr Asklõv has more than 20 years of experience in electronics production and has an Executive MBA in Leadership & Management and also an M.Sc in Product Development / Industrial design from the University of Linköping. Kristoffer Asklöv is a Swedish citizen. 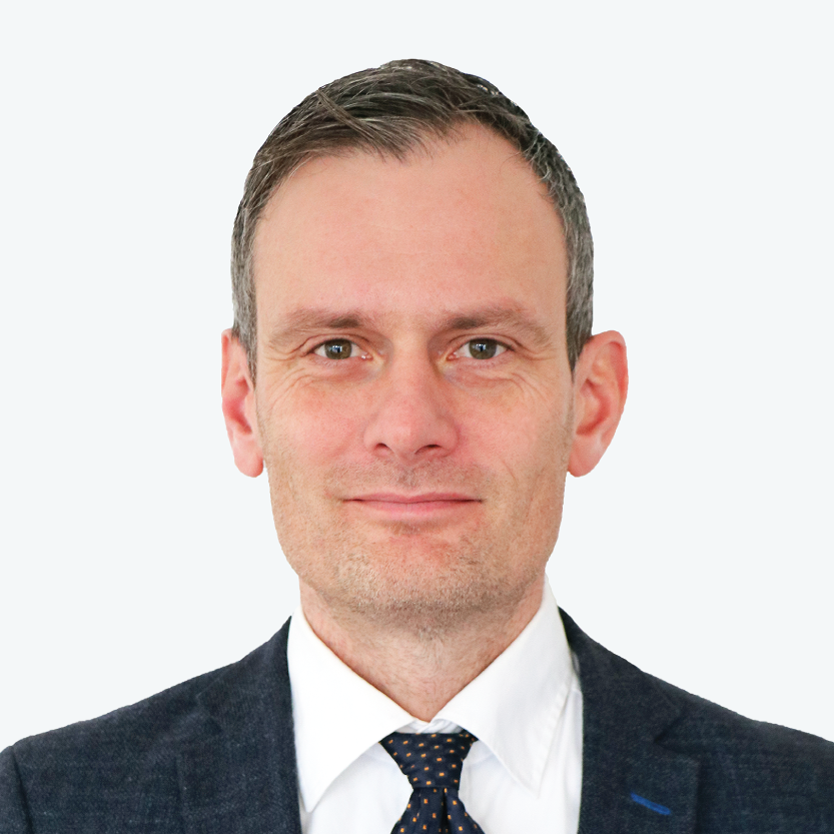 Born in 1976 and is a Norwegian citizen. Mr. Haugen joined Kitron in 2013 managing the technology department of Kitron AS, Arendal. He has extensive experience in international R&D and customer support and holds a B.sc in computer science from Agder University, Norway. Stian Haugen owns 120 000 stock options in Kitron.

Born in 1980. With Kitron since 2003. Mr Dirse has broad experience from different international positions in the company and holds a Master of Science in Informatics Technology. Zygimantas Dirse is a Lithuanian citizen. Zygimantas Dirse owns 452 622 shares and has 270 000 Stock options in Kitron.

Born in 1971. He has been with Kitron since 2008 and is a Lithuanian citizen. He holds a Master of Business Administration and has diverse experience from sales and marketing in the food and beverage industry and general management of an appliance manufacturing company. Mindaugas Sestokas owns 316 978 shares and has 270 000 Stock options in Kitron.

Born in 1966. CEO of BB Electronics since 2013 and part of the Kitron management teams since January 2022.  Several senior leadership positions for German and US companies and over 20 years of experience within the EMS Industry. Carsten Christensen is a Danish citizen and owns 51 561 shares in Kitron.

Also, in 2021 Kitron has acquired the Danish EMS company BB Electronics, which expands the global footprint of the Kitron group with additional manufacturing facilities in Denmark, the Czech Republic and China.